Robert Martin: Formerly on the HREF Tools Board of Directors 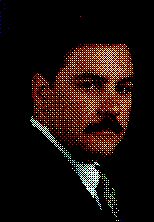 Robert Martin is on the HREF Board of Directors.

Rob Martin has worked with HREF in varying capacities since 1995. He has worked full-time at astrology.com (bought out several times), maintaining their WebHub-based application, among other things.

Rob was the primary developer of the UVU online seminar system, which HREF used during 1998-1999. Rob has built numerous large dynamic web applications using WebHub and other web technologies.